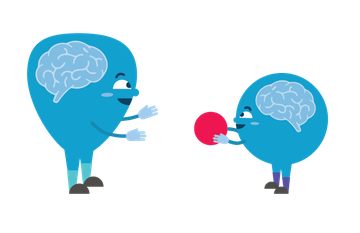 Connect with your children and adolescents through these interactive games that vary from physical activity to storytelling to verbal games. Most of these games can be played outdoors and don't require any supplies.

Play music or someone can sing a song and everyone dances. When the music stops, everyone must freeze. Last person still dancing becomes the judge the next round.

Same as above but when the music stops, call out a name of an animal, and everyone has to become that animal.

Mirror each other's expressions, movements, sounds. One person can start as the leader and then switch. Try it with no leaders!

One person will begin the game by showing everyone a quick dance move or movement, for example, stomping feet, jumping in the air, or spinning in a circle. The person to their right must copy the dance move, then create their own. The third person must copy both dance moves and create their own, and so on, until everyone has had a turn. Adolescents/children should try to get around the whole circle without any mistakes. The last person will have the most dance moves to memorize.

At the start of the game you will ask the adolescents/children to move around the room, loosely swinging their arms and gently relaxing their heads and necks. After 10-15 seconds you will call out a word. The group must form themselves into statues that describe the word. For example, you shout “happy”. All adolescents/children have to instantly freeze without talking, and pose in a way that shows what “happy” means to them. Repeat the exercise several times. Other words to use include: fun, dizzy, excited, tired. 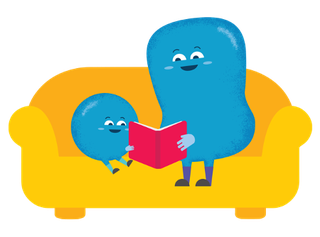 1. Tell your children a story from your own childhood

Make up a new story together. Say: ”We are going to create a story, one sentence at a time. Each of us will add one sentence to the story.” Explain: At the end of one person’s sentence, he or she should say, “SUDDENLY….” Then the person next to them will continue with a new sentence, ending by saying “SUDDENLY…” You can say, for example, ”I was walking to get water when SUDDENLY....’ then the person next to me finishes that sentence, for example, they might say ’… A large animal jumped out of the bushes and SUDDENLY...’ Continue around the circle until everyone has added a sentence. 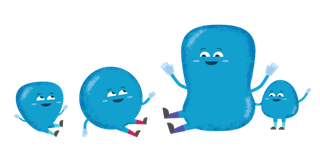 1. Three Truths and a Lie

Adolescents write their name, along with four pieces of information about themselves on a large sheet of paper. Say: “on the piece of paper you must write three things that are true about yourself and one thing that is false. For example, ‘Alfonse likes singing, loves football, speaks 10 languages and loves to dance’. Which one is false?” Adolescents then go around the space with their sheets of paper. They meet in pairs, show their paper to each other, and try to guess which of the four pieces of information is false.

© The Internet of Good Things